French manufacturing contracted in July at the fastest pace this year in a sign that the euro area’s second-largest economy is struggling to gather pace.

A Purchasing Managers Index for the manufacturing industry fell to 47.6 from 48.2 in June, London-based Markit Economics said today. That’s the lowest since December 2013 and the third straight reading below 50, the mark that signals contraction. Economists had forecast a decrease to 48, according to aBloomberg News survey.

The French economy stagnatedin the first three months of this year, compared with a 0.2 percent expansion in the 18-nation euro area. Second-quarter gross-domestic-product data are due on Aug. 14, and will be a key element in the European Central Bank’s assessment of the state of the economy.

A gauge of services activity rose to 50.4 from 48.2 in June, indicating growth for the first time in three months. A composite index of both services and manufacturing rose to 49.4 from 48.1.

Markit will release data for Germany, Europe’s biggest economy, at 9:30 a.m. Berlin time. Its report for the euro area is due at 10 a.m. Economists predict the currency bloc’s factory index will fall to 51.7 from 51.8, with the composite index unchanged at 52.8.

BI has set the rate at this level since November 2013.

The rate was announced in Jakarta on Thursday afternoon by BI Governor Agus Martowardojo after conducting a board of governorsmeeting (RDG).

“We are consistent in maintaining the rate as we want to achieve an inflation rate of 4.5 percent, plus minus one percent,” Agus told the press after the RDG as quoted by kontan.co.id.

Apart from the BI rate, the bank also maintained its lending and deposit facilities at 7.5 percent and 5.75 percent, respectively. (nfo/nvn)

This is a simple guidelines quoted from bloomberg businessweek.com for a stock valuation. This measurements called “Rule of 20: Is the Stock Market Fairly Valued?”

A measure of stock valuations called the Rule of 20 states that the stock market is fairly valued when the sum of the average price-earnings ratio and the rate of inflation is equal to 20. Above that level, stocks begin to get expensive; below it, they’re bargains.

So this is how we valued stock in graph :

Lenovo, the world’s largest personal computer maker, is ready to beef up its smartphone business with the aim of selling more than 100 million units globally in two years as soon as the US approves its acquisition of Google’s Motorola Mobility.

Its goal is to gain hard on the heels of Samsung Electronics and Apple, the world’s top smartphone makers, following its US$2.9 billion acquisition, which marks the fourth-biggest by a Chinese company. END_OF_DOCUMENT_TOKEN_TO_BE_REPLACED 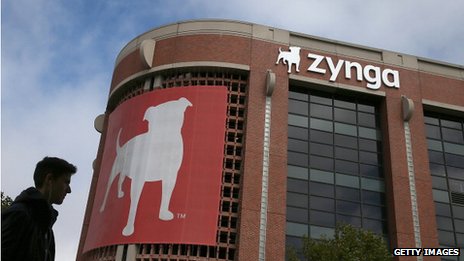 Oxford-based Naturalmotion has had a string of portable amusement hits, for example, CSR Racing and Clumsy Ninja. Its buy gives Zynga an entry into the lucrative mobile games market.

As news of the deal emerged, Zynga likewise reported a loss of $25m for the final quarter.

By Diane Bartz from Reuteurs

Computer maker Lenovo has advantages over other Chinese companies that should help it overcome the mutual suspicion between the United States and China over industrial spying and cybersecurity, such as its track record of successful U.S. acquisitions in the past. And importantly, it is not directly controlled by China’s government. END_OF_DOCUMENT_TOKEN_TO_BE_REPLACED

In 2013, it looked like Google-owned Motorola Mobility had at long last hit its stride with the release of the Moto X and Moto G. Notwithstanding the success of these two telephones, Google is as of now offering the organization.

Techcrunch is reporting that Google will be offering the Motorola Mobility to Lenovo for practically $3 billion. Google acquired the organization in 2011 for $12.5 billion. While the distinction in cost between the two makes it appear as though Google may clutch a few patents, yet China Daily reports the arrangement nets Lenovo 10,000 patents. That is over 50% of the 17,000 patents Google procured in its unique buy. END_OF_DOCUMENT_TOKEN_TO_BE_REPLACED

Garuda declared another sponsorship bargain with Liverpool Football Club on Monday, which will see the logo of the Indonesian flight transporter show up on the preparation outfits of the English soccer monster.

President chief of Garuda, Emirsyah Satar, told a question and answer session at Liverpool stadium that the new contract, which will be powerful from June 2014 through to June 2016, was a piece of the aerial shuttle organization’s offered to improve into a worldwide player. END_OF_DOCUMENT_TOKEN_TO_BE_REPLACED

Chrysler dealers from around the U.S. seem revved up by the purchase of the U.S. carmaker by Italy’s Fiat SpA.

They were attending the National Automobile Dealers Association convention in New Orleans on Saturday — four days after Fiat announced that it had bought the last big chunk of Chrysler stock to make the U.S. company a wholly owned subsidiary. END_OF_DOCUMENT_TOKEN_TO_BE_REPLACED

Wal-Mart plans to lay off 2,300 workers at its Sam’s Clubs, the company said Friday.

CNN news told, that’s 2% of the workforce for the wholesale club chain, which has nearly 600 locations in the United States.

A little less than half of the employees affected are assistant managers, according to Sam’s Club spokesman Bill Durling. Before the layoff, each club’s fresh section — which sells meat, poultry, seafood, dairy, produce and baked goods — had six managers. Half of those jobs have been eliminated. Instead there will be three fresh section managers, who will be paid more, Durling said. END_OF_DOCUMENT_TOKEN_TO_BE_REPLACED